Child sexual abuse imagery up by a third 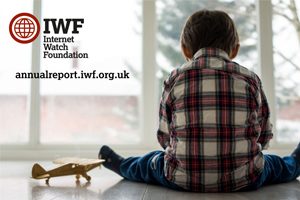